If you’re like me, you see TONS of free lesson plans and printables on Pinterest that you want to print out for your kids to work on. Drawing, coloring, matching, shapes, and the list goes on. For a while, I struggled with printing something out on a whim, and I’d cross my fingers that I’d remember to pull it off of the printer for my toddler to work on the next day. In the meantime, we’d make it about half way through the stack of printables, life would happen, and then I’d find the other half of the printables ripped in half in the corner of the play room about a week later, and it became scrap paper.

I finally got fed up with the unorganized printable mess, and decided it was time to create some sort of printable organization in this house! 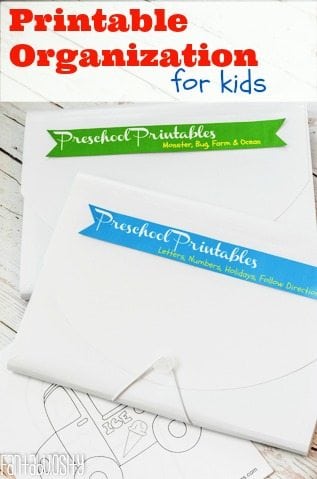 I started by getting some of those cheapo plastic expanding file folders, from the dollar bin at Target

. There are only 4 dividers in each folder, so if I had to do it all over again, I’d probably look for an expanding file that had more folders. I had to use two for this little project, but they were so cheap, it was totally worth it.

I spent an hour, while my kiddos were playing in my office, printing off all of the printables that I had been wanting my son to work on. While those were printing, I decided which categories I wanted my printables to go in to. Since my son just turned 3, we are focusing on preschool activities, and I thought it would be good to have the following categories: 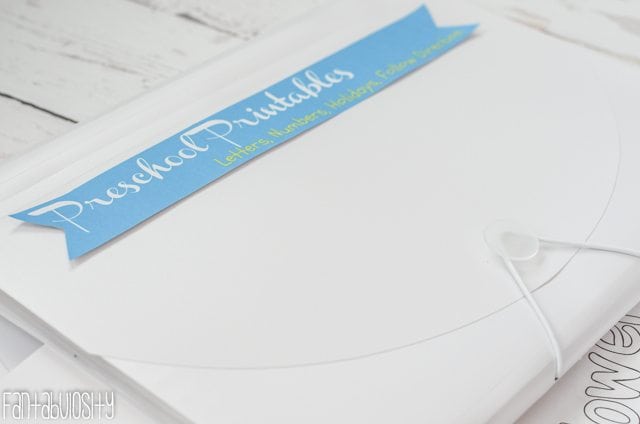 and in the next folder:

{Yes I could have had a MILLION more categories, but these are typically the ones that we use.}  🙂

no more crazy loose paper laying all over the place. When it’s time to do an activity or a lesson plan, I simply go to my expandable file, and pull out one sheet at a time to work on.

Ahhhh… why does being organized feel so good???